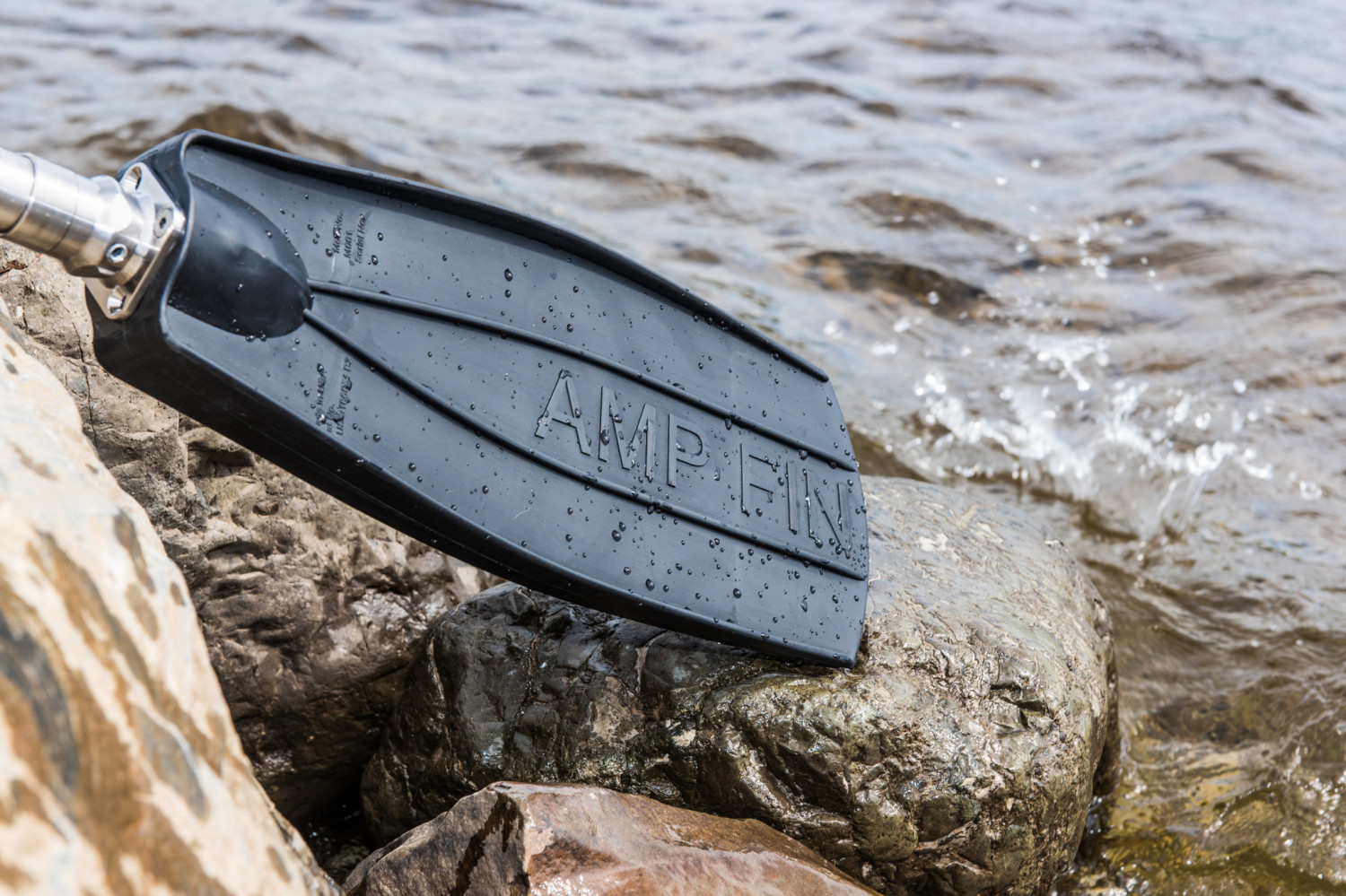 The Mechanical Fin was designed because of a specific request from the clinical rehab team at Walter Reed Military Medical Center in Bethesda, Maryland.
During our visit there, they requested that we design a fin that could be used for rehabilitation purposes in their facility. However, they wanted a fin that could be placed on a patient's existing socket and could be switched out from one patient to another.

From this idea we designed the Mechanical Fin. This design is unique and requires the user to remove his/her existing knee/pylon system to mechanically attach the swim fin. The proximal attachment of the fin can be placed to almost any socket (with either male of female receivers). This is a very simple procedure which will be explained to the user by his/her prosthetist in order to safely maintain alignment.

Above and below knee amputees
Pediatric users
Very long/short residuums
To be used with existing, well-fitting sockets

Sockets that cannot be used in water (vacuum sockets)